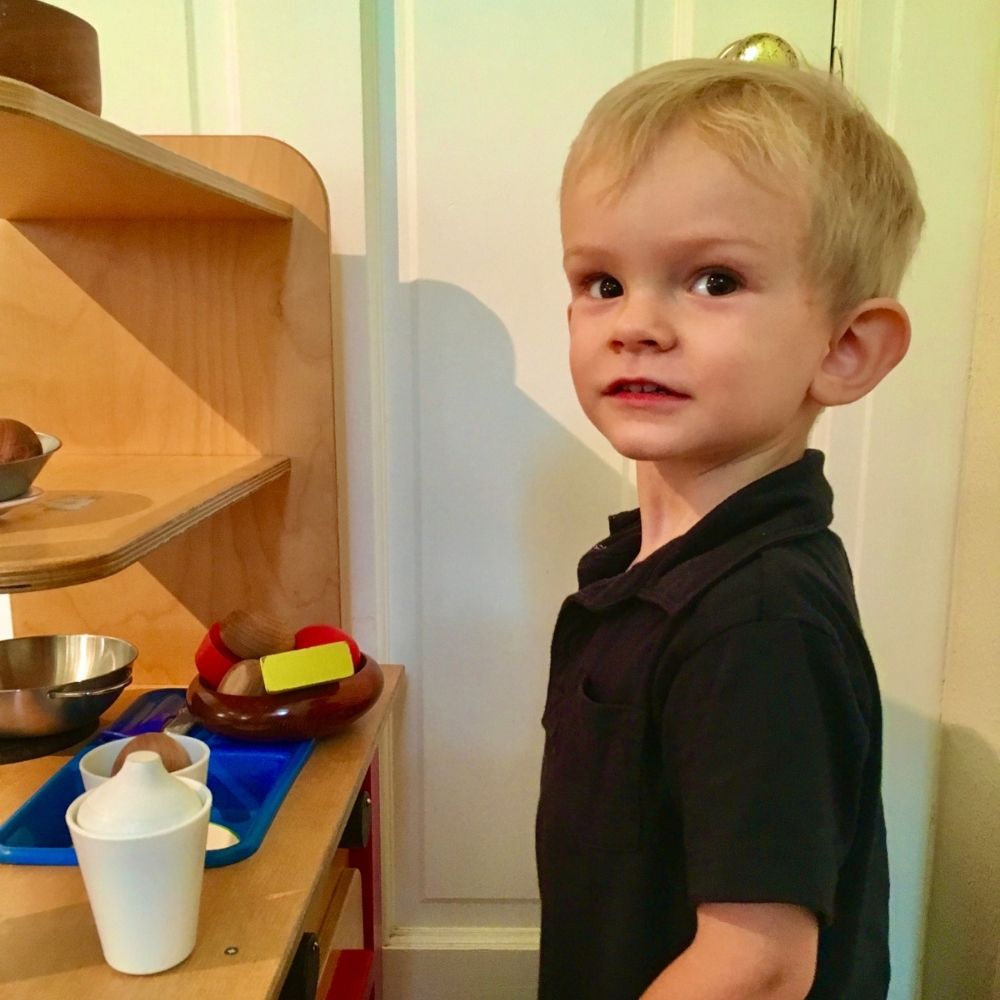 I was assigned to a classroom to observe and help out as I learned the ways of my new school. The children made finger paintings and raced matchbox cars across the wooden floors. When they were done, they knew which basket to put the cars in and found space for it on the shelf. They sorted their art supplies according to color.

At snack time the teachers put out a bowl of diced apples with a pasta claw and a bowl of crackers with tiny tongs. The children served themselves, even pouring their own water. When it was time for nap, the children stretched their fitted sheets over their cots and essentially made their own beds. After nap, they put their own things away, put on their own shoes, and again served their own snacks.

I don’t mean to imply that all of this went flawlessly. Their fingers painted off the paper, little cars got lost behind shelves, snacks landed on the floor and got smushed, water spilled across the table as growing hands learned to control a pitcher. Some kids threw a fit when their sheets snapped off one end of the bed as they pulled corners over the other. Some kids threw shoes when they couldn’t get the velcro open.

But they were independent.

At pick-up one afternoon a mom was having trouble finding her keys and her little girl came over and said, “You left them over here, Mommy.” The mother looked up, grabbed her keys with a smile and told her daughter thank you, then turned to me and said, “I never thought I’d get to a point where I’d be asking my two-and-a-half-year-old where the car keys are!” She laughed and took her daughter home.

Two. And. A. Half. What??? Was that child not four or five? She spoke so well! She could make her own bed, take out her own lunch, clean up when asked.

It was then that I had to reconsider what a two-year-old was and what they could do.

My first few weeks as a preschool teacher held many surprises – stay tuned for a list of things I never thought I would have to say! – but the knowledge that children can be self-reliant was one of the most useful.

Check out these resources for more information about the autonomy of children, and ways of interacting  with children to help bring out the best in them.

How To Talk So Little Kids Will Listen, by Joanna Faber and Julie King

No Bad Kids, by Janet Lansbury