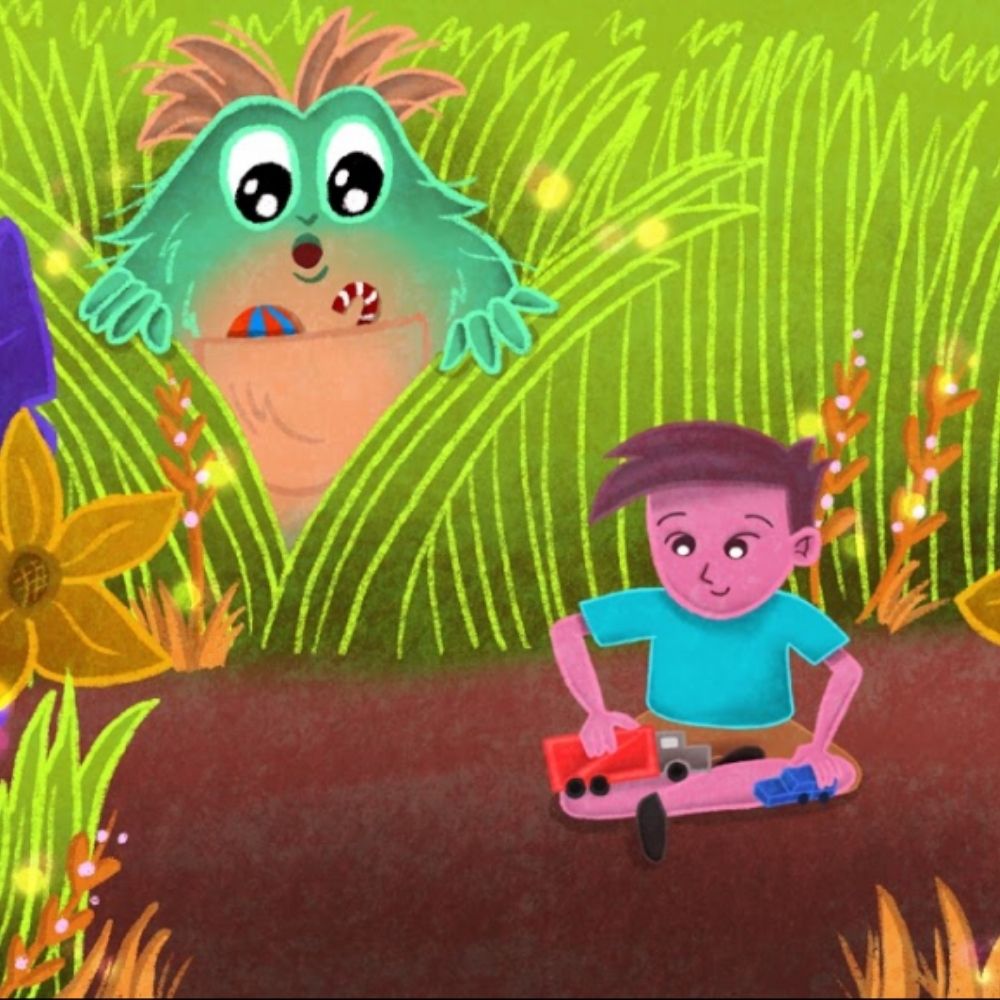 It all started with this little boy and his clever idea to get away from Ooga Booga. My first children’s book includes three stories about a monster that wants to take your toys! He’s not a bad guy, though. He just doesn’t know how to share yet.

Ooga Booga started as a rhythm and movement activity with a little bit of singing mixed in. I had been looking for information about teaching music to children and I found this wonderful article entitled, Musical Concepts Young Children Can Learn.

“Two important tips about teaching musical concepts to children are that the instruction should be made casually and over time. Children do not need direct instruction about music. What they need are musical experiences that teachers use to introduce musical terminology to children. After singing a song many, many times, then it is appropriate for the teacher to suggest that the song has a certain rhythm or to suggest that it can be sung with a faster tempo. The terminology about music should always be secondary to the involvement and enjoyment of the musical event itself.” (emphasis added)

So I set about making stories that incorporated the musical concepts I wanted to share, without stating them outright.

Each Ooga Booga story has a different feel to it, with different tempos (fast or slow), dynamics (loud or quiet), meters (how you would tap the beat), and instrumentation (meaning which instruments are used in the recordings.) The songs also introduce the idea of musical phrasing, with one section of a song leading into the next.

I told the stories of Ooga Booga to the children at my preschool during music class. I taught them how to sing the taunt in a minor third, “Hey there, Ooga Booga, you can’t catch me!” We talked about the non-violent strategies the characters in the stories use to get away from the monster and we practiced the movements. We got the beat going, tap-clap-tap-clap. I chanted the story and we were off!

Fast-forward to today and we’ve got sample illustrations from five different artists! Now we’ve got to choose one to become the real Ooga Booga! Have a look: